The Monthly Intelligence Insights published by Securonix Threat Labs provides a summary of the total number of threats tracked and highlights the top threats during the month. It also provides a synopsis of the threats, indicators of compromise (IOCs), tactics, techniques and procedures (TTPs), and related tags. This may be followed by a comprehensive threat summary from Threat Labs and search queries from the Threat Research team. For a full list of the search queries used on Autonomous Threat Sweeper to detect the below mentioned threats, refer to our Github page.

During the month, Threat Labs has analyzed and monitored two major vulnerabilities in MSDT and Confluence Server, additionally there are few other threats which have created the noise, including multiple ransomware operations, Linux-based backdoor and Botnet, multiple China- and Iran-based threat actor campaigns. Furthermore, at the start of the month one of the fastest-spreading mobile malware infrastructure (Flubot) was successfully disrupted by Europol and law enforcement agencies from 11 countries. In addition, other mobile malware were active during the month targeting both Android and iOS users, including- BRATA, Hydra Banking Trojan, and SeaFlower. These malware campaigns deliver RAT, banking Trojan via phishing sites. Also targeted were applications such as Coinbase Wallet, MetaMask Wallet, TokenPocket, and imToken. These Android-based campaigns have been attributed to the threat actors from Brazil and China. 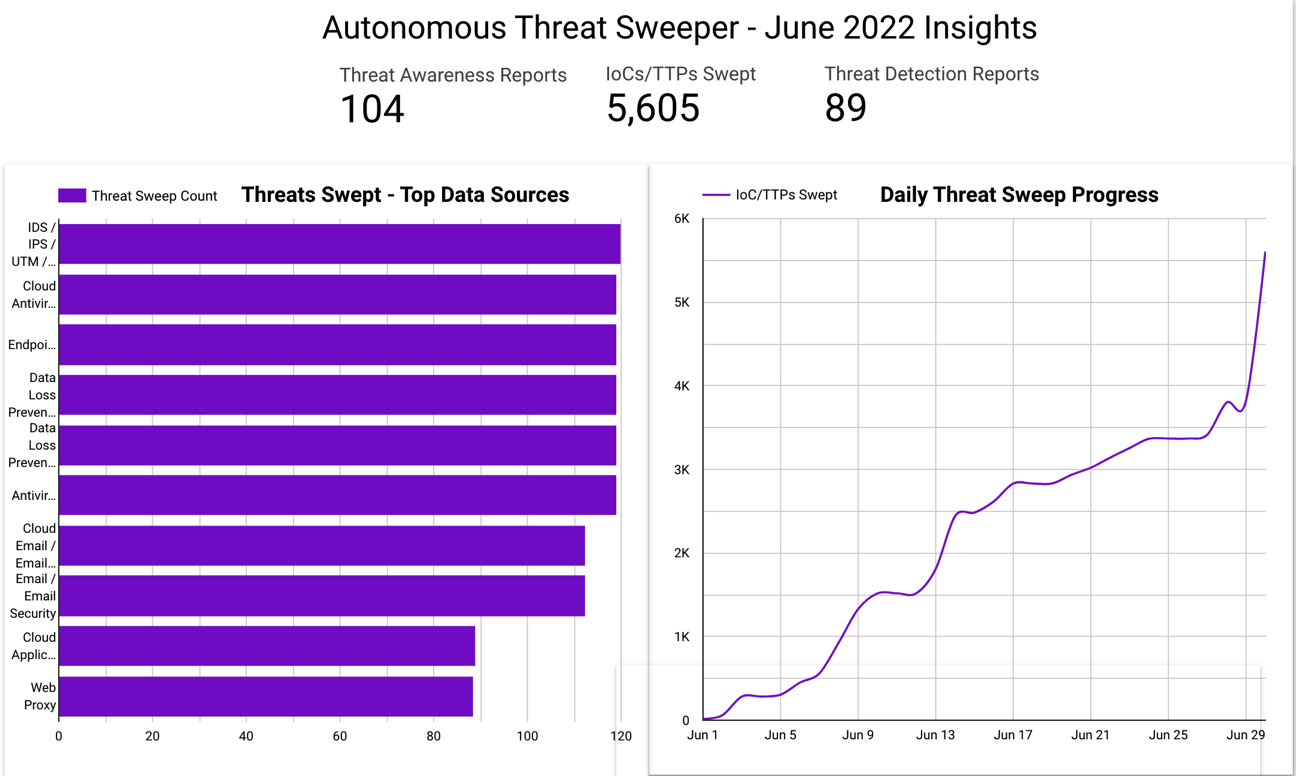 Securonix Threat Labs is aware of a widespread activities campaign from Iran-based malicious threat actors targeting several industries like the energy, telecommunication, critical manufacturing, IT, defense, transportation systems, government agencies and services, food and agriculture, financial services, healthcare, and other business types with different TTPs. These threat actors have returned with new TTPs, which have been observed active during the month and have continued their operations.

TTPs related to the Lyceum Group that can be detected include but are not limited to the following:

TTPs related to the MuddyWater that can be detected include but are not limited to the following:

Chinese APT groups are back in action

Linux-based systems are becoming the way for attackers to get into popular multi-cloud environments. Common attack vectors such as Cobalt Strike, XMRig, nbhash, Rootkits and Botnets are now readily hitting the system. Hence, it is the most attractive OS for attackers to target through ransomware, malware, botnet, and cryptojacking.

TTPs related to the Panchan Botnet include but are not limited to the following:

Securonix Threat Labs has been monitoring Conti since the start of the June ransomware activities, and recommends customers  follow the recommendation steps below to avoid ransomware attacks:-

TTPs related to the Black Basta ransomware group include but are not limited to the following:

TTPs related to the Conti ransomware group include but are not limited to the following:

Top vulnerabilities and  exploitations in June 2022

There have been two major vulnerabilities for products like Microsoft, and Atlassian. Both flaws are rated as critical and classified as a remote code execution vulnerability.

TTPs related to the exploitation of Atlassian Confluence server include but are not limited to the following:

NOTE: This is post exploitation behavior to fix/stabilize the web shell for the attacker and is rarely seen, if at all, by any legitimate admin/user

For a full list of the search queries used on Autonomous Threat Sweeper for the threats detailed above, refer to our Github page. The page also references a list of relevant policies used by  threat actors.